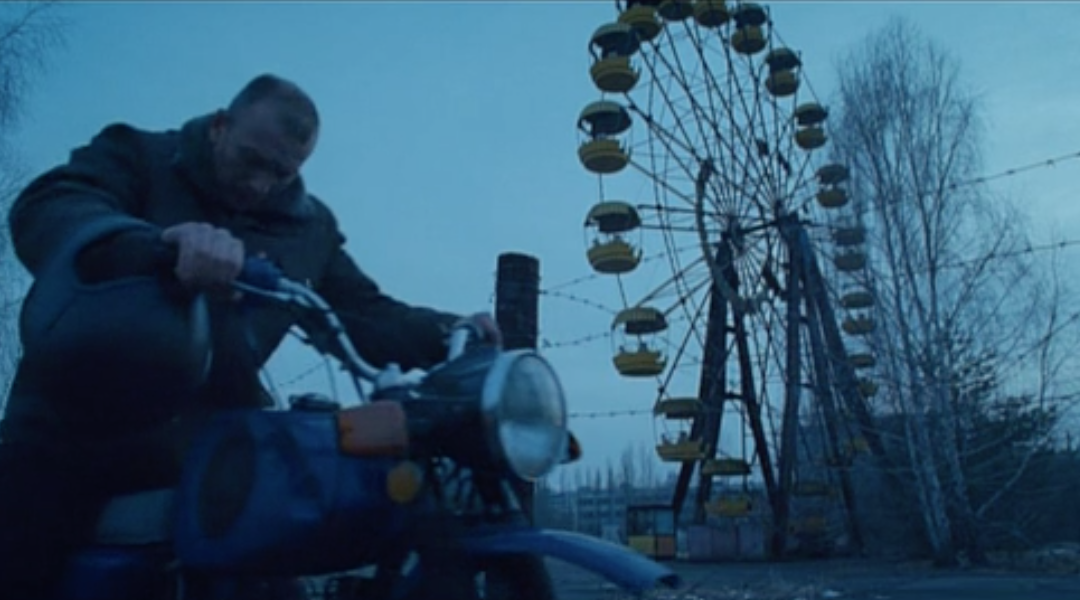 THE DOOR - Short Film from Octagon Films on Vimeo.

This film, by Juanita Wilson, is a powerful tribute to one family’s tragic experience following the Chernobyl nuclear accident that occurred in 1986 in what was then the Soviet Union territory of Ukraine. By focusing on the simple story of Lena and her family, Wilson tells the bigger story in a way that perhaps has more impact than a documentary would, or a film filled with statistics and more graphic images.

For our purposes, however, we’ll examine this film as a way to better understand full-length films we’ll watch in this class. So, after you’ve watched this masterful piece of cinema, ask yourself: How does the film incorporate literary devices? What basic film techniques does director Wilson use to tell the story? And, what are some of the larger themes and ideas that the film addresses?